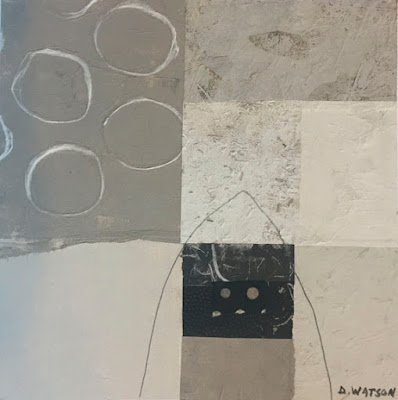 Shibui (or Shibusa) is an enriched, subdued appearance or experience with economy of form, line and effort, producing a timeless tranquility.  Shibui objects appear to be simple overall but they include subtle details, such as textures, that balance simplicity with complexity.

The aspects of things that are most important
for us are hidden because of their
simplicity and familiarity.
--- Ludwig Wittgenstein 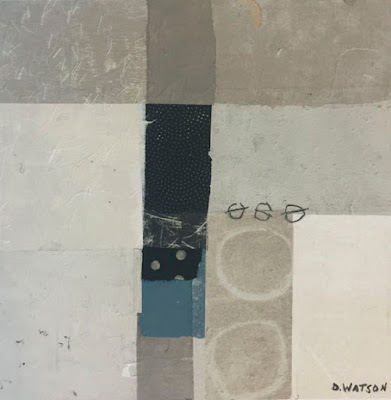 This balance of simplicity and complexity ensures that one does not tire of a shibui object but constantly finds new meanings and enriched beauty that cause its aesthetic value to grow over the years.  Shibui should not be confused with wabi sabi.  Shibui objects are not necessarily imperfect or
asymmetrical, though they can include those qualities.

If one's life is simple, contentment has to come.  Simplicity is
extremely important for happiness.
--- The Dalai Lama 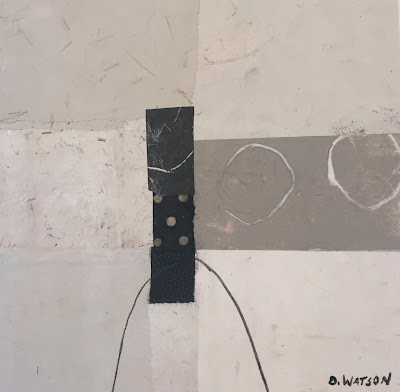 The colors of shibui are 'muddy' colors.  For example, in painting, gray is added to primary colors to
create a silvery effect that ties the different colors together into a coordinated scheme.  Depending on how much gray is added, shibui colors range from pastels to dark.  Occasionally, a patch of brighter
color is added as a highlight. 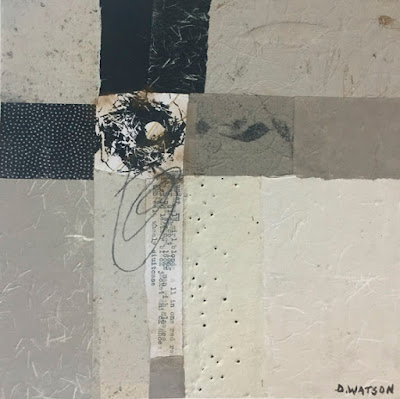 The seven elements of shibui are simplicity, implicity, modesty, silence, naturalness, everydayness and imperfection.  The simplicity is the expression of the essence of the elements.  Implicity allows depth of feeling to be visible through a spare surface.  The person of modesty exalts excellence by taking time to learn, watch, understand that merges into silence.  Naturalness conveys spontaneity in growth, unforced.  Everydayness raises ordinary things to a place of honor. Imperfection suggests
imagination at work, instead of a finished picture that provides all the answers. 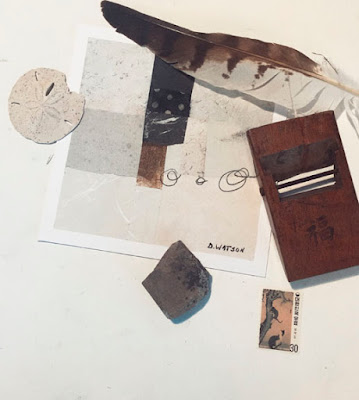 Ring the bells that still can ring
Forget your perfect offering
There is a crack in everything
That's how the LIGHT gets in.
--- Leonard Cohen, RIP, 2016

we seem to be singing from the same page....i have an exhibition doing the rounds that references shibusa, and also a class at Maiwa next year. zeitgeist at work?

Beautiful. I am just now learning about adding grey to primary colors in order to get some lovely colors that work well together.

I was about to comment --- "oo look the universe is giving me shibusa everywhere I go" but I notice that india (where I first spied the word) has already chimed in ..... serendipity ...

What a wonderful post. Thank you so much for coming by. Happy Thanksgiving.

There is a soothing feeling to your pieces.

Thanks for sharing the concept of shibui, of which your collages are beautiful examples. I love the simplicity and tonal variations. One of my favorite Leonard Cohen quotes, too. He will be missed.

Hi D - love the subtly of the colours and textures. B

Nice to see these lovely works.

Thanks. You reminded me of some bands that I haven't listened too for a long time.
thank you for your sharing!

I read a lot of essays about Pablo Picasso (now in my college I write a great study about his work). And I came up with the idea that you can apply the Shibui method to his creativity, especially to later works with elements of Cubism and clear geometry.

Provide the Assignment Help online support service. Expert writers of US assignment who will help you by providing good high-quality essay help and other assignment assistance services.

Everything is perfect with this work. The writer has managed to keep the article interesting while discussing some really serious points. This is not easily done. All the best.
get assignment help online

Hope you will keep on offering good content like this more often. I feel more and more people should know about this. Also, I agree on most of the points you have made.
expo2020