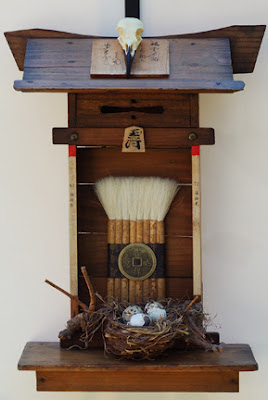 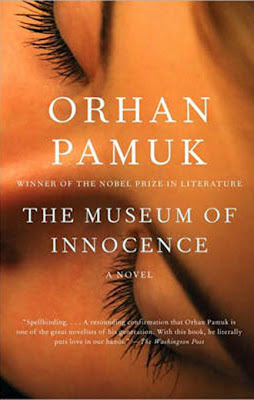 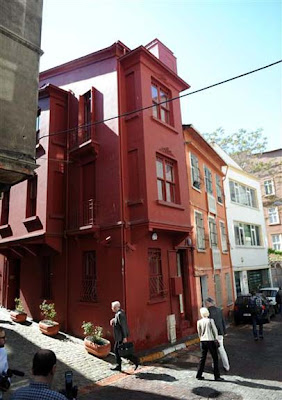 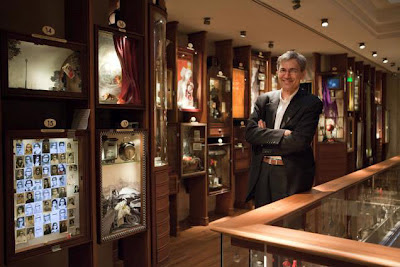 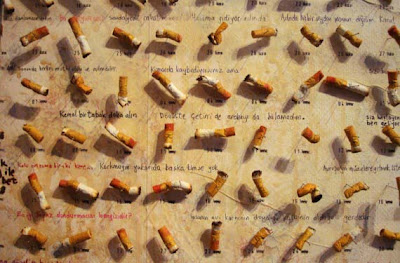 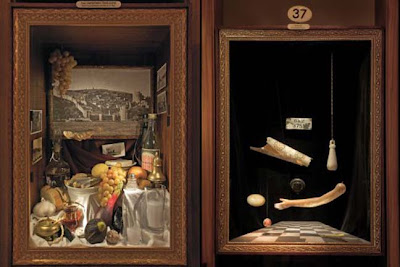 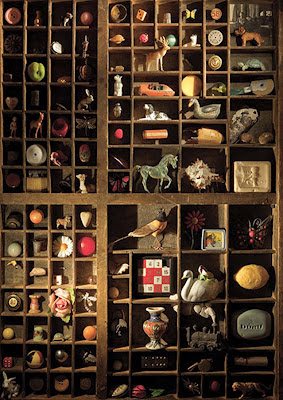 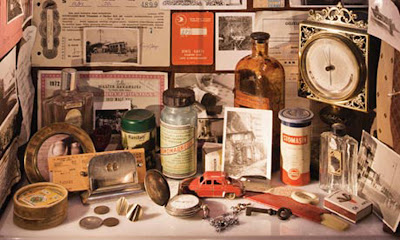 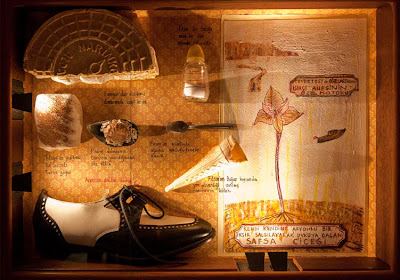 What a story.....makes me want to buy the book AND visit the museum. Turkey has been showing up a lot on my radar lately.......

Fascinating! And I rather LOVE the red house! I rented a similar house as a studio in the Turkish building style when I lived in Greece, though, unfortunately, not red!

(OK, this robot word/number thing on blogger is beginning to drive me CRAZY, the numbers are so blurry, there is NO WAY to read them. I'm on try FIVE!
Anyone else have this issue??)

I love Orhan Pamuk, (his) "Istanbul", "The museum of Innocence", and the way you presented it, here at your post.
Thank you for reminding me his unique narrative and sensibility in everything he collects, remembers, expresses in his writings.

How intriguing! The red house is perfect for the museum. I've been dying to go to Turkey. The museum is on my list.

Completely, utterly AMAZING...!
Each of us has been obsessed at some time in our lives but doesn't it make one wonder to look at it so closely, so "intensely"?
Whew.
This is some post, Donna ;>]

I had never heard of this. Intriguing!
We do attach feelings and emotions to things, especially when we have had a loss.

Pamuk the obsessive artist (what artist is not) and the title so indicative of an attitude. My own home is like this, not on such a scale, but like this. I suspect many of our homes and studios are. I make things of the things I collect, as I know others do too. Poets collect rhyme and meter, writers collect words. Our memories are collections too. I love that he advocates the personal museum...since so many of us already have one, or many of our own. Now, how to turn all this obsession into cash to pay the rent and medical bills...hmmmmmmmm.

what a lovely juicy idea! I would love this museum. Objects with stories. Sometimes I find museums too dry and scientific but this one (even though it is entirely fictional or perhaps because) sounds like so much fun.

Thanks so much for this hit of creativity, showing us such a deeply original approach to stimulate our own creative impulses.

I love your assemblage. I'm sure it has a wonderful story to tell.

you made a wonderfull installation Donna!

Your piece strikes me as one for contemplation and enriching speculative mental wanderings - one with no need for explanations. Lovely It is interesting how often 'Western' artists turn to Japanese symbolism to evoke stillness and quiet mental meanderings.

Orhan Pamuk's Museum of Innocence is such a perfect piece: a conceptual art installation which instead of a jargon-filled explanatory note has a wondrous novel. Yet more evidence for the rich depth of Pamuk's imagination and the breadth of his creative capapbilities.

what a wonderful tale! well worth the wait! it would be fascinating to hear what we all who love your blog and collect mementos have in our collections!thank you for stirring up the thinking pot!

love your work and will definitely read the book-great post

Wow! This is just fascinating.
Your piece at the top is gorgeous.

ps to Valerianna - yes, I've had that happen before, though not here. I finally managed to get it just when I'd convinced myself that either I needed stronger reading glasses, or I was going insane...

Donna, I love this post - the book is going on my to-read list. Your assemblage is elegant. -sus

Beautiful asssemblage (I so appreciate it when artists list all the elements that have been put into the work.) What a unique and fascinating story.

Turkey is on my "places I want to visit before I kick the bucket list" with this museum now being at the top of the list. What a find! Thank you!
Love your assemblage. It reminds me of a totem pole. The story of a family's life. Fascinating.

thank you so much for sharing this amazing story. so interesting and full of passion and more.
your art is fabulous too Donna!

Fascinating, and kinda creepy in a way-- though he made a lovely world in both language and in objects of the idea.

Peace across to you.

Love your shrine, Donna, and all the info about Pamuk. What an interesting, obsessive story/person - worth a trip to Turkey!!
...and I love the Frank Kafka quote - I have it on my fridge - probably taken from an earlier post of yours. N XX

How interesting! Collectors intrigue me. I try to collect but after I have 2 or 3 of a kind I can't continue... unless it's art supplies or handmade jewelry. Or beautiful fabric.

Beautiful post Donna. We need eccentric people in the world to fascinate us and keep us awake to our inner currents. Pamuk is a brilliant author!

oh so refreshingly against the tide of obsessional decluttering

This is such a fascinating story. I feel like I could get lost for days in that museum, obsessing over the obsessive collections.

So very interesting... and I believe in the quote by Kafka.

I think anyone who collects things would find this writer and museum fascinating. (although obsessive!)
The Kafka quote reminds me of a sign I saw recently: "Be yourself - everyone else is taken"